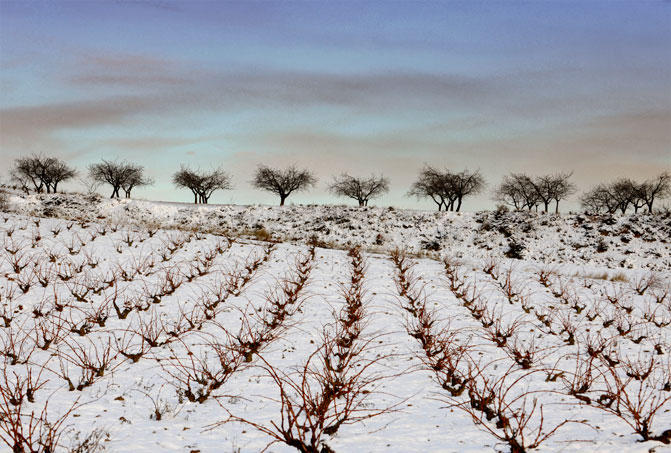 The climate of the Calatayud DO is described as Continental Mediterranean with cold winters and hot summers.

The avergae yearly temperature is 13,1ºC, with great differences in temperature between night and day during the ripening period of the grape. Temperature and rainfall vary throughout the area, with gentle temperatures and low rainfall found in the valley with temperatures falling and rainfall level rising slightly as we move up the slopes, experiencing an average rainfall of between 300 and 550 mm.

This website uses cookies to improve your experience while you navigate through the website. Out of these, the cookies that are categorized as necessary are stored on your browser as they are essential for the working of basic functionalities of the website. We also use third-party cookies that help us analyze and understand how you use this website. These cookies will be stored in your browser only with your consent. You also have the option to opt-out of these cookies. But opting out of some of these cookies may affect your browsing experience.
Necessary Always Enabled

Any cookies that may not be particularly necessary for the website to function and is used specifically to collect user personal data via analytics, ads, other embedded contents are termed as non-necessary cookies. It is mandatory to procure user consent prior to running these cookies on your website.